MAY THE FOURTH BE WITH YOU

Home / Behind-the-Scenes / MAY THE FOURTH BE WITH YOU 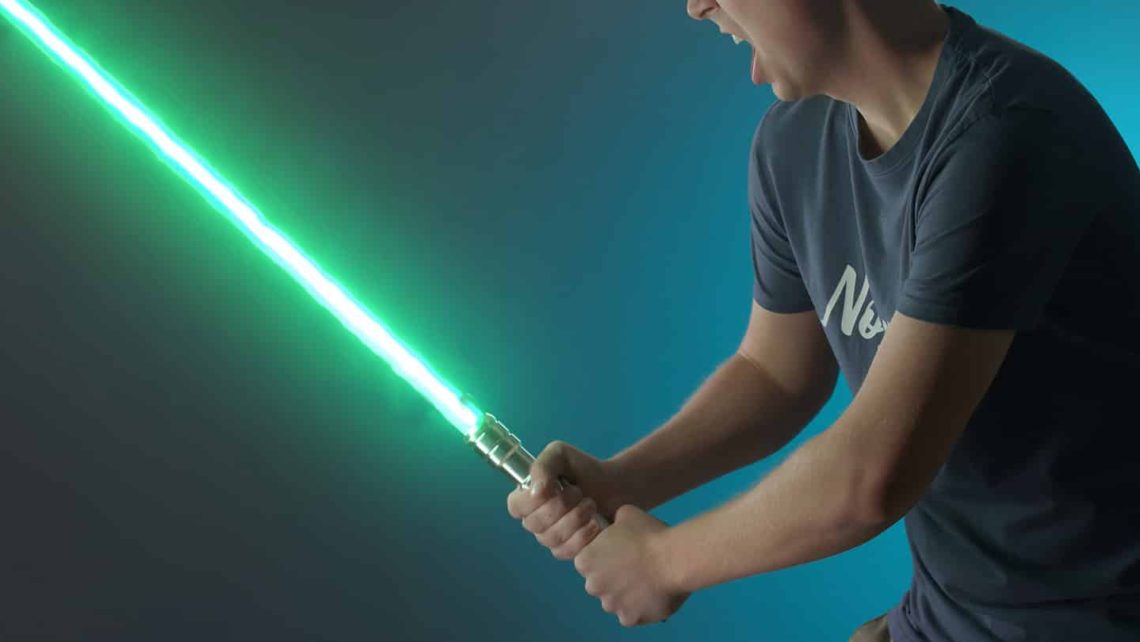 How do you prepare for Cinco de Mayo on May the Fourth? With margaritas of course – made the Mark Hamill way!

My late night lightsaber purchase and Emily’s force training (albeit from a Sith professor) are finally paying off. Slicing limes has never been easier! It’s no secret that we love sci-fi projects (see Goldilocks) so it’s hard not to get excited each year when our nerdy passion for Star Wars arrives the day before we celebrate Cinco de Mayo with tacos and margaritas.

As with most, the key to selling this scene was in the lighting. We had a clear idea of what would end up in the final shot (limes and margarita recipe hologram) and what colors they would cast. We threw some Sith red and Jedi blue gels on a pair of Litepanels Astra 6X bi-color LEDs and cast them on our seamless backdrop. We then added a pair of Quasar Science Q-LED Crossfade tubes to key each one of us and a third above the backdrop to act as an edge. Our final light came in the form of a Luxli Viola that was used to replicate the blue light cast from the recipe hologram onto Emily.

To get the wide image, we shot a series of three views (left, center and right) with our Panasonic AU-EVA1 and combined the shots in post. The we added the effects in Adobe After Effects, floating limes, recipe hologram and lightsaber. Since we were using a lightsaber prop with LED lit blade, all we had to do was add an additional light beam to increase intensity and glow. The limes were created using Element 3D and lit to match the real environment with proper camera blur as well. The recipe hologram was created in a separate layer and then transferred with an “Add” blending mode. The final piece of the puzzle was to add heat distortion to sell the force effect on Emily’s hand and the limes and the heat coming from the lightsaber.

Our advice for truly selling an effect is to get as close as you can to your final image practically or in-camera. Check out these before photos and leave us a comment below. May the fourth be with you this Cinco de Mayo! 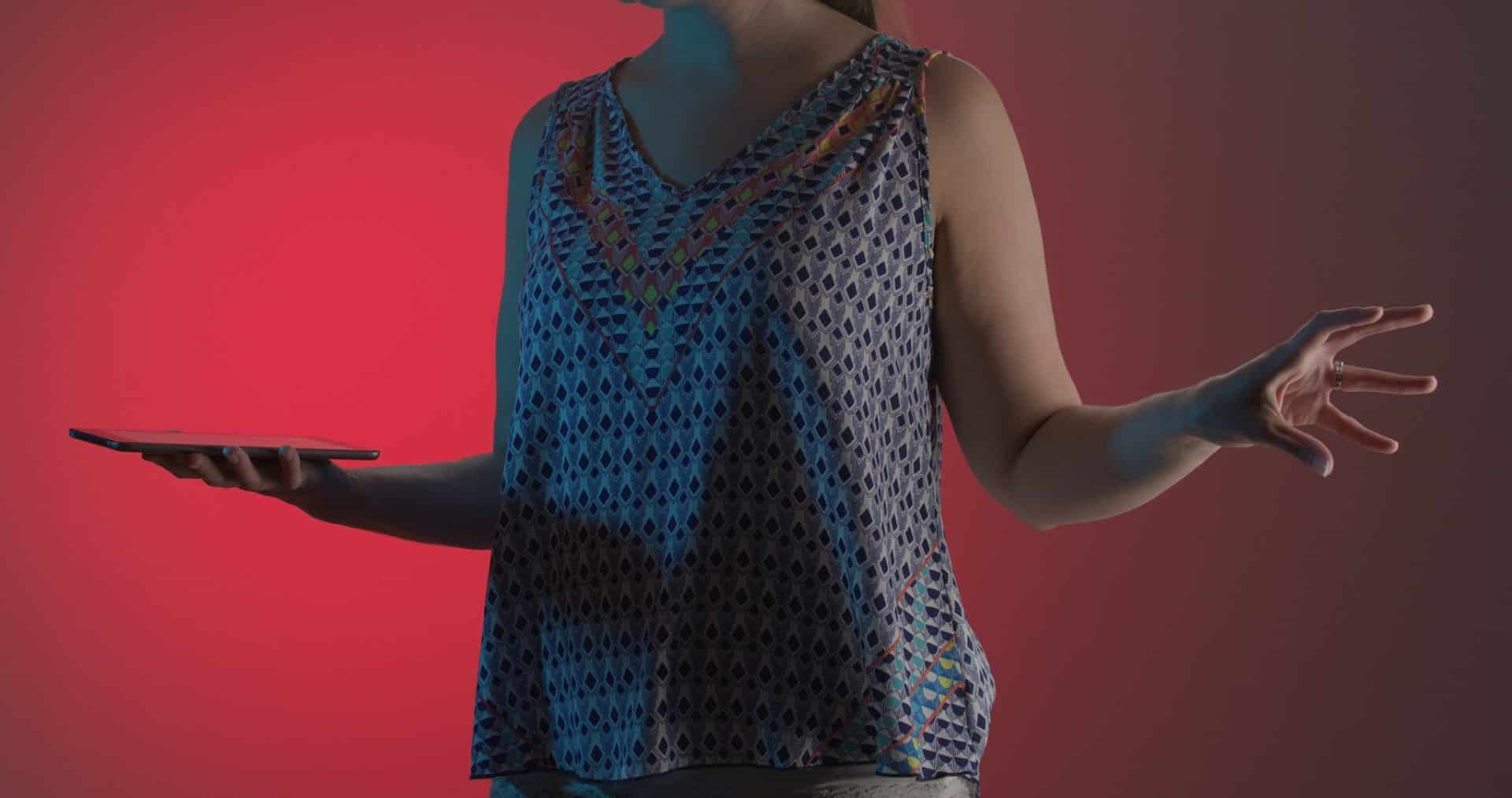 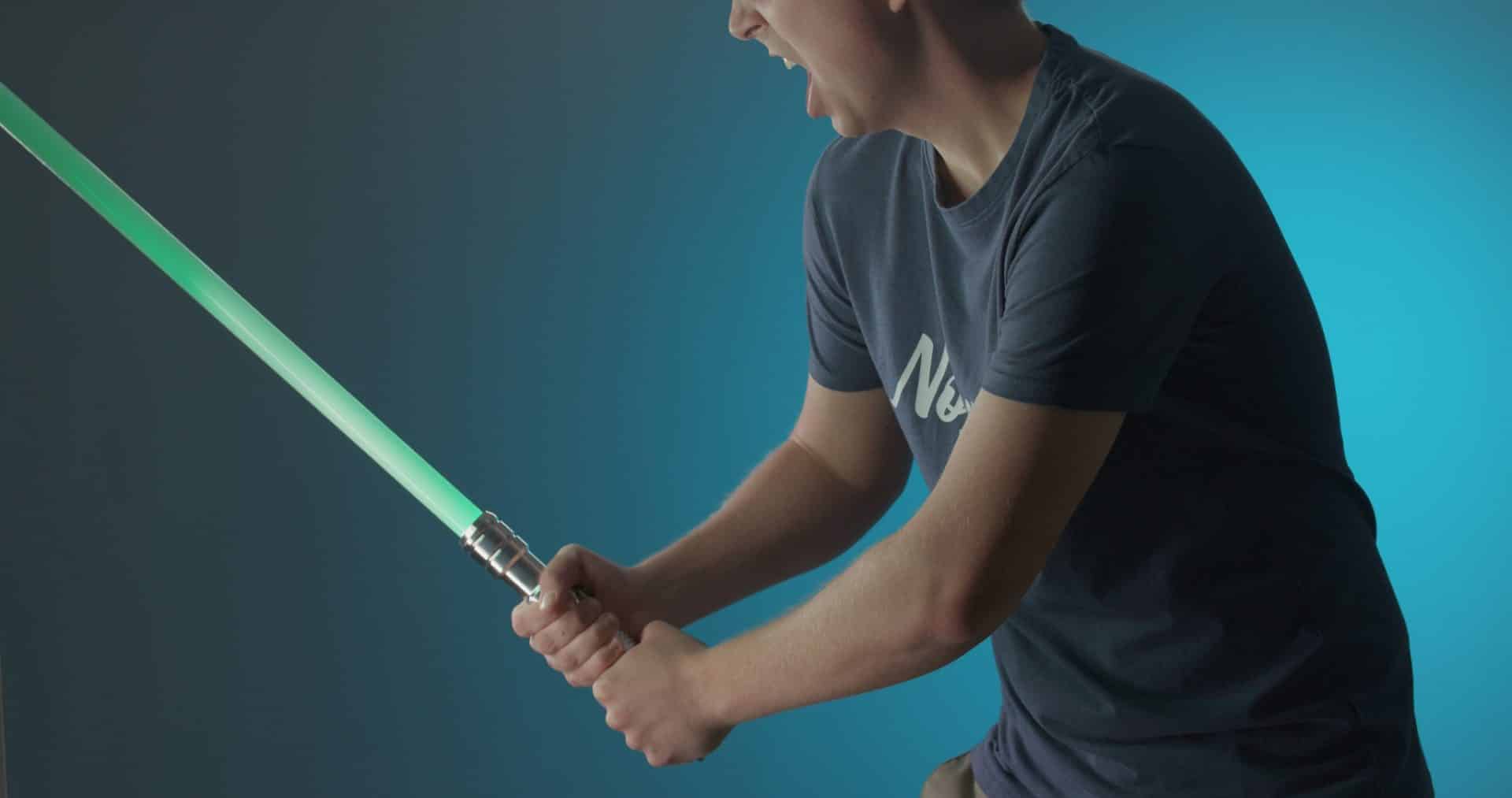